WFB: Island of Blood and Rallying the High Elves 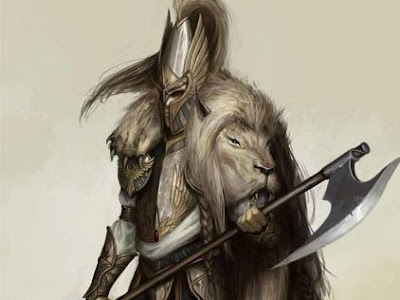 Island of Blood will soon arrive, and with it a host of new High Elf models to build your army!


Mr. Black here, and while I may have started Skaven recently I simply can't ignore the other half of this great starter, even if it does have a few issues...

For starters let's take a look at what you'll be getting in your non-plague ridden half of the Island of Blood starter set:

Now, like with my Skaven article we're going to work this up to 1000 pts, unlike the Skaven half though, which bolsters a large amount of plastic sets to choose from, the High Elf army is still majorly metal, this can be a huge pain for players and collectors, but rumor has it that several new plastic kits (including the above models) are on the release-line for later this year.

I'm not here to speculate, so we'll work with what we have... and right away we're introduced to two major issues...

1. The High Elf half does not come with enough core to run at 1000 pts- Even if you max out the Sea Guard unit with an expensive Magic Banner and all possible upgrades you will still fall short of the 250 needed to have a valid army.

2. The Prince on Griffon exceeds your allotment of points for a Lord at any value below 1400, meaning that unless you wish to play the Griffon as a Giant Eagle the model isn't even usable for low level play!

Now the actual starter set addresses these issues (kinda-sorta) but when taken out of that context to one of actual game-play the High Elf half of Island of Blood just won't cut it. But fear not, that's what we're here to discuss and work with today, remember- you're still getting a selection of kick-ass models and with a few small changes/modifications we can make this work!

That being said, let's go through what we currently have:


Prince on Griffon Mount- As I said above, can't even play him in games lower than 1400 pts, so we have two options available to us right now. Either we can shelf him for larger games and let a great model go to waste, or we can play him as a Prince/Noble on Giant Eagle. Frankly the Griffon easily looks like a Eagle already and only the most asinine of opponent's will argue with you.

So, working with our Prince on Giant Eagle, and with most other High Elves in general, one thing becomes apparent- It's hard not simply taking Great Weapons all around. Given the ASF nature of the army and the relatively cheap cost of the Great Weapon itself it almost universally makes for a good pick. More so, at the 1000 pt. level once we purchase the actual Prince and Giant Eagle we don't have a large amount of points to spend on upgrades, so we'll work with what we have- luckily what we have works very well! In this particular case I've chosen to give him a mundane Great Weapon and the Armour of Caledor for some fantastic protection.

High Elf Mage- I'm a fan of the High Elf Archmage, and I will usually recommend him over the standard mage, but in 1000 pt. and lower games he's simply too many points. The High Elf Mage is a fairly typical Wizard and I treat him as such: Upgrade him to Lv. 2 and give him an Arcane Item, in this case I'll be using the Annulian Crystal, allowing him to garner better Dispel and Magic Defense. As with all Mages there are near limitless ways to kit him out, but in the levels we're talking about the opponent is less likely to have multiple wizards, let alone a high level one, thus stealing even one Magic Die will hinder them significantly.

Lothern Sea Guard- Here we run into the second issue with the High Elves' half of Island of Blood- there simply isn't enough Core Troops to run at anything other than "starter box" level. We'll address this issue in a moment but first let's look at the Sea Guard. Basically the Lothern Sea Guard are jacks of all trades; they come standard with bows, thus allowing long range fire (and Volly Fire) as well as Spears, which due to being Elves allows them to fight in four ranks, for this point level I would also recommend giving them a Banner of Eternal Flame, as having some Flaming Attacks is always handy and with this unit it's relatively cheap. Just remember the Sea Guard can handle most any scenario, be it ranged or melee, and are one of those units that has no real drawback to larger numbers, specifically a nice block of 20 or so... Unfortunately, we're given only ten in the starter... My recommendations for this is to (hopefully) find another Island of Blood box you can split with someone, thus allowing you to get a full twenty man unit of not only the Sea Guard but also Swordmasters.

Sword Masters of Hoeth- Ok, now I won't lie, even as a Skaven/Dark Elf player, Sword Masters are dead-sexy. High WS, ASF re-rolls, Great Swords... Damn... I really, really love this unit; a shame you only get ten in the Island of Blood box. Yep, just like the Lothern Sea Guard, you're getting only a slim number of these guys, but at least here it's something we can work with. The Sword Masters will dish out the hurt, badly, two attacks each, usually hitting on threes with re-rolls and wounding the average unit on twos with -2 to armor save... Ten will do the job just fine. I'd recommend a larger unit, but with our 1000 pt. limit quickly coming into view for now that amount will do: as I said, they are killing machines and should even half of them reach combat they stand a good chance of winning that combat by a large margin. Get more as soon as you can because as I said they are truly a powerhouse unit.


Ellyrian Reavers- These are some nice models, now how do they stack up game-play wise? Well they have standard Fast Cavalry stats, which aren't the most impressive in the world, but then one must understand these guys aren't meant to get into combat, at least at the five-man unit we'll be running. Basically I'll opt to run these guys with Bows and have them ride up alongside the enemy, staying out of view and throwing down arrows to whittle down the units before your larger threats can finish them off, if you're feeling ballsy or just see a particuarly good opening then feel free to charge them into an actual combat, the S:4 spears will do some decent damage before the unit is wiped to the man (which has a large chance to happen given their armor save and numbers).

In general though, treat them like you would any Fast Cavalry: Get them up hunting Warmachines and other nasties and use them to whittle away at your opponent's edges. Should they get charged don't feel bad running away, remember, Fast Cavalry still retain their old Fleeing Feint ability and can still move as normal when they rally.

In larger games feel free to double their number to a unit of ten, thus allowing the minor annoyance to become an actual threat with a decent amount of ranged attacks and likewise give a good amount of S:4 attacks on the charge, as well as now actually being able to deny the opponent rank bonuses (until you lose a man, that is).

With that last addition our army now looks something like this:


Small army? Technically, but each of your units is a powerhouse and the army overall carries a huge amount of Ranged and Magic potential. Remember that your playing an army of elite warriors- You'll probably never outnumber anyone but each of your units is an expert at what they do (in the case of Sea Guard, just good at everything in general). Clever tactics and knowing when to strike are your greatest assets in the lower level games, and building up a core knowledge of your units strengths and weaknesses, as well as timing and positioning tricks, will be a great boon to you come the higher point games.

~And there we have a 1000 pt. rundown of the Island of Blood armies. I know the High Elf one wasn't as diverse as the Skaven Horde but that's what you get when you have an army full of elite elves! Next week we'll be taking a look at bringing the Skaven army up to a full 2500 level, followed after wards by the High Elves! Stay tuned- Mr. Black
Posted by Mr. Black at 10:29 PM