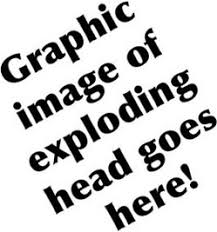 Let's take a look at making a Terminator Army.


Mr. Black here, dear readers, and I have quite literally just finished reading the Grey Knight codex in depth... As not to say I don't read every new codex that comes out, but usually I only read it in the extent to know it's tricks and, more importantly, read all the rules to make sure I don't get screwed over by someone either not knowing them or not playing them correctly- it's a good habit that I believe most players should do, aka, "Know the enemy".

That being said, the reason I had to pour over it this time was due in part to my brain telling me I wanted a Terminator Army, and if I don't abide by what it tells me to do the neighbors dog will start commanding me to... Well, do things... I... Don't really want to talk about it... 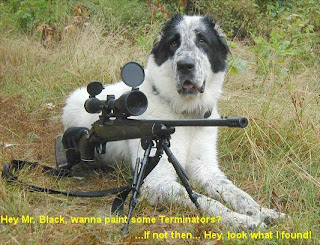 Let me give you some quick back story. It's... Sometime in the past. I just got my first 40K army, Tyranids, and soon I am looking for another one to go with it; in the end I choose Chaos Space Marines. Why? Because I liked the idea of terminators and vehicles, namely Dreadnoughts (they are still vehicles!). In hindsight, not the greatest choice in the world, and after all that the original Terminator/Dreadnought idea blossomed into my Emperor's Children army, thus beginning to shape my mindset into what it is today. Despite all this time I never did get around to making an army that focused on the 2+/5++ guys or Dreadnoughts. Hell, even my custom plastic Grey Knight army I did a few years back (since then been sold) was Land Raider based with PAGKs, think I used maybe one unit of Terminators with it.

So, given the shame of that, I am looking to make amends to that fact today. Now, I understand people have pushed Draigowing already, and there are a massive amount of Grey Knight articles out there, but, well, I'm Mr. Black. Besides, I'm not forcing you to continue reading, I can't, not until the Internet Spiders are ready...

Well, enough back-talk, let's get into the thick of things!

First thing I know is that I want a Librarian in the army, it doesn't hurt that he greatly benefits what my end result will be, but in the fact he takes me back to the olden days when Psychic Powers were something to be greatly feared. Don't get me wrong, the new powers in codices are great and all, but the ability to buy them individually and cover multiple bases is something I enjoy, plus I happen to have an old metal Terminator Librarian I've been wanting to use.

Now the question for me is whether to give him a Warding Stave or not. He's an IC and thus any competent opponent will be sending Power Fists his way, I can mitigate this with positioning, but it's still a big risk to be taking on what is essentially a cornerstone of the army. For right now I'll give it to him and later, if we get low on points, I'll reconsider.

Next the question comes up: Do I want to spam Terminators or Paladins? Paladins means Draigo, and that's another 250+ pts I have to devote to HQs as well as cutting down on the actual number of models in the army as a whole. The trade-off to this is the Paladins would probably be more durable in the end, as when the Terminators lose a wound the unit itself loses efficiency, while the Paladins can take a single wound each and still truck along at maximum efficiency. Another benefit is lower models equals lower costs, and as this army is for fun* first and foremost I believe I'll go with Paladins.

*Fun first and foremost is true, but that doesn't mean I'm making a list for slouches without some competitive thoughts in mind. I just simply don't believe an all-Paladin army is going to win any major events anytime soon, nor is it nearly as efficient as the codex can be. As I've said before, the hallmark of a good codex is the ability to make various kinds of fun and unique, while still playable, lists. On second though: I can win with this army cause I'm imma  l33t bad-ass; no one can match my skillz.

Ok, so we have Draigo in the list now, Hooha. Let's move on to the next question: Vehicles or not? This one is rather simple, actually, seeing as how we have a super-small list to choose from. In the end we'll need to decide if we're going to run multiple vehicles or none at all, as the merits of 1-2 Land Raiders just wont cut it in today's meta. The only real option that came to my mind was the Stormraven- two of these bad boys hauling Paladins across the field...Yeah, I could get behind that.

Sadly, however, reality says that after 500+ points in HQs, combined with the cost of the Paladins themselves, I will be drastically outnumbered (even by Grey Knight standards) if I pay the 450+ points on two transports. No, in the end I think it's better spent on more units. That being said, we'll be footslogging it it seems.

Now let's look at some Dreadnoughts! Well, to be more specific, Psyrifle Dreadnoughts. Despite all the hype the internet has given them (I usually hate internet hype-units) I have to say that they actually are probably one of, if not the best unit in the book, point-for-point. In this army they serve a very needed purpose: anti-tank. Yes, we'll have Psycannons, but hell, you can't beat four twin-linked S: 8 shots at that price, you just can't. More-so, with The Grand Strategy we can even make them scoring (though I see that rarely being used, just keeping options open). That being said, let's stick in three of those suckers.

Well, this leaves us right around 1100 points to spend on our Paladins... I don't feel like that's really going to be enough. Should we find out that it isn't we may have to drop a Dreadnought, however much I dislike that idea.

Alright, onto the meat of the army! Which basically boils down to How To Kit Out a Multi-Wound Squad. First look it seems Force Halberds are the obvious choice, +2I means less enemies to attack means less saves means less dead Paladins, makes sense to me... Except that we have a Librarian who can bestow the Quickening, and the extra attack granted by Falchions is rather temping... Alright, I'm going to cut to the chase and post a unit, otherwise we'll be here all day.

You will notice the lack of an Apothecary- Frankly I just don't believe he is worth the points, namely because we have wound-allocation to assist in keeping the unit alive, as well as most anything that someone is going to shoot at us will be AP: 2 or lower anyway. I know some love the guy and swear by him, but for points sake he's staying on Titan.

Now let's create a unit for Draigo himself. Here we will make use of the Halberds as we no longer have our Librarian to depend on. Likewise it does an interesting thing: creates multiple wound-tiers upon units. What do I mean by that? Well basically if you caused ten wounds at I:6 and where done you allow your opponent to pile things on in different ways than, say, four at I:6, five at I: 4 and one at I; 1. It doesn't matter as much with the Terminators, I will admit, but in the end it can force some Daemonhammer saves onto prime targets once the unit has been whittled down.

This "new unit" will simply be an attachment to the previous five-man Paladin unit. Why? Well we can always Combat Squad them and it saves us 20 pts. on Psybolt Ammunition.

Combined with Draigo the above unit allows (on the charge) six attacks at I: 6 , Draigo going at I: 5, Eight at I: 4, and finally three at I: 1... Odds are in between all that close to a unit will die. The overarching issue being that you won't be able to end combat on your opponent's turn (like you would prefer), but you're Grey Knights, you must weather the storm of bullets from your opponent!

I like Squad Draigoshield's load-out, so for the third unit (no way we have points for another ten) I'm just going to copy it and add in Psybolt ammo, simple enough.

Hmm... 85 pts. to spend. Now we hit the crunch-time part of the list. What do we add? What final modifications do we make? Well, looking over the codex, I feel that if I remove one Dreadnought (which, I will admit, I dislike the idea) I believe I can fit a unit of Terminators, which would give me more bodies on the field and a fourth over-all scoring unit (which is my minimal comfort-zone for 2000 games). Part of me hates them because they are Normies instead of Paladins... But for the better sake of the army my personal opinion must be put aside (that was weird to say); that being said, let's add in a five man unit with Psycannon and Psybolt and see what happens.


Oh... Well that sucks. I know people may have their own opinions on this, as to what is the best method to bring the points back under control, but for me I see a clear piece of wargear that happens to cost 35 pts: The Librarian's Warding Stave. To me, it either comes down to removing that piece of wargear or Psybolt Ammunition from both Paladin Squad Notaclone as well as Terminator Squad Redshirt, and frankly giving up that amount of S:5 shots seems far worse to me than removing the 2++ from the Librarian... I will admit, it's a tough choice, and I'm sure many would be torn on what to do, but that's the route I'm taking.

After all, that's what play-testing is for, isn't it? Later, if we decide we don't like it then it can be changed around.

Given all that, the final list comes to the following:

There is the completed list! Will it win any tournaments? Well, I think there are too many bad match-ups in today;s meta to say that. Will it be fun to play? Absolutely. Most importantly, does it fulfill my initial desire mentioned in the opening? In that regards it does. I will feel powerful mowing down wave after wave of the opponent's army, feel invincible after each round of shooting, and sullen lows upon the death of each one of my Terminators.