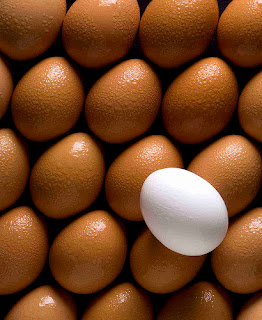 Some units just never find a place; usually this is deserved, but sometimes they're just the odd-man-out.

So I've been back on my Tyranid binge these last few weeks- The irony that all my time has been spent painting Angels Sanguine and playing Tyranids... Anyway, as of late I've been experimenting with units I usually don't take, mainly due to trying this with Ravaners some months back and finding I absolutely loved the unit and its capabilities. That being said I recently tried out some Venomthropes, which are usually neglected in favor of more stable choices such as Deathleaper, The Doom of Malan'tai, or simply more Hive Guard (and one game were I used some Ymgarl Genestealers.. Ehhh....). The list I have been testing them with has been the following:

A. No Swarmlord. As a usual staple of mine I decided to try and save some points in not including him. I honestly feel the extra wound and abilities are worth the points, and there are few things I love more than giving out Furious Charge to Hormagaunts with Toxin Sacs, but the basic Hive Tyrant is almost 100 pts. cheaper and allows a Troop unit to outflank, so I'm giving him a go.

B. No Tervigon. This is a hard one for me, as I love Feel No Pain, as well as having a gigantic T: 6 Troop squatting on objectives that also makes other Troops to do the same; what I don't like however is every list I've made since the codex's release has included one. Looking at him more I had to ask- Is he good? Well, his abilities are good... Are those worth it? Well he's around 200 pts. and requires another fifty to be a troop, and he may not make those points back through the game. All it takes is one bad hatching roll and he's a big 200 pt. Feel no pain dispenser... For those points I can get a Trygon, who eight-out-of-ten times will make his points back, one way or another. For those reasons I have excluded him from my current lists.

C. I love Warriors! I have said it before so no need to delve back into the details, but it feels just right running a unit or two of the guys, and without the staying power of the Tervigon and his brood backing up my Troops selection I felt I needed something durable for those objective-based missions. No one, no one wants to engage Tyranid Warriors, especially those backed by an Alphakrieger/Tyranid Prime, because those units will die, and die horribly.

But this article isn't about the list above or the dos-and-don’ts of the Tyranid codex as a whole, but specifically about the Venomthrope Brood elite choice.

So then, what have I gathered in giving them a try over the last few games? They are worth every bit of their points.

First off they give me a cover save if I'm out in the open, which is nice. I'll always choose to place half the unit if I can in actual cover, but there are times when you don't want to go out of your way to do so. This also extends to Monstrous Creatures... Well, not so much in the above list, as the Trygon hopes to Deep Strike into the enemy line and not near yours and the Hive Tyrant is getting a cover save due to the Tyrant Guard anyway. Having the option is still nice regardless, I don't consider it the best option it has, merely the most obvious. Should I have a list that ran more monsters, such as three Tervigons and Two Trygons or something similar I would give no hesitations to running them specifically for this use alone.

Next we have the Defensive Grenades- a handy ability who's main benefit will probably go unnoticed, after all less attacks aren't the easiest benefit to tangibly see. It adds up though, the typical unit losing a third of its potential kills right off the bat, before any blows are even swung. Now I know Tyranids are an assault army and given such you'll be the one usually making the charge- after all, the Hormagaunts having an eighteen inch threat range is nothing to sneeze at, run some Genestealers or other fasty-nasties and you see what I mean, but it is important to note we are not the only assault army: Orks are faster due to their transports, Blood Angels have their Assault Marines and jump infantry, and don't even get me started on Dark Eldar Webway Portals and Raiders...

The point being we're not always going to get our way, and any chance to cancel out some potential deaths, especially in an army like mine, not making use  of Tervigons, every little bit helps. Last thing to mention about Defensive Grenades is a seldom used rule: Against vehicles they can be used to make one S:4+1d6 attack, meaning those Hormagaunts that I didn't feel like giving Adrenal Glands can now surround and Glance a vehicle to death, thus dooming the inhabitants to Sudden Emergency Disembark Death.

Last, and most importantly of all their unique abilities is the fact that charging them or any unit within six inches results in a Dangerous Terrain test, and I cannot personally say enough how much entertainment I have garnered from this one ability alone! Really I think it's the more of the psychological effect this has- No player wants to needlessly lose models and that's just what will happen should they charge. It's just not fair losing guys before the actual combat even begins. So the opponent is now left with a lose-lose decision: charge the Tyranid Swarm without gaining the benefit of charge attacks and running the risk of losing models before the actual combat even begins- and probably swing after them due to terrain/higher initiative, or sit back and just shoot/rapid fire against opponents who get at the worst a 5+ cover and will charge you on their turn with the full benefits of such.

Maybe I'm just a fan of forcing my opponent into no-win scenarios, the joy of them choosing their own destruction rather than being forced into it... But then again I've been called a bit sadistic in my play-style... And everything else for that matter... Getting off topic here, ahem...

The end result is I have been above-impressed with my Venomthropes and will continue to find a place for them in the much-coveted Elite Slot and eagerly await trying them against whatever threats my opponents, new and old, can throw at me... Even as the irony of painting an Angels Sanguine Flamestorm Baal Predator lingers over me and my Tyranid fun.

~Should we discuss more "Odd-Men Out" units? Was fun this week and I can't help but look into my Blood Angels and the Chaos Space Marine codex before it for potential candidates. What are some of your own strange/questionable units you enjoy using?
Posted by Mr. Black at 9:40 AM