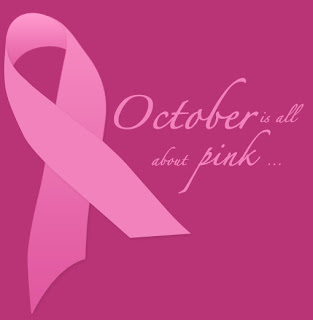 Please read here about the start of a rather ambitious, but worthy, goal by a Warmachine/Hordes player.

This just came up on the Privateer Press forums, a user by the name of RTGamer has started a rather ambitious project in an attempt to garner charitable contributions and awareness for Breast and other forms of Cancer. RTGamer has stated that he is footing the bill for each caster out of pocket, but I simply couldn't let that happen without giving some assistance, thus I went a head and donated some of my Cryxian casters to aid him in his goal, and having spoken with him on the matter I do believe this is a project worth backing.

That being said here is his initial post on the subject, I'll be speaking with him more in the next bit of time to see what he needs and how to best get things rolling, but I'm sure the idea of donations in the form of warcasters/warlocks/painting supplies would be appreciated, but that's a matter yet to be discussed!

So for now, if you would, please take a read about this worthy cause:

CasterLock is my challenge to paint all Warmachine Casters and Hordes Warlocks that exist for their games. I have even included the Lesser Warlocks because they need love too.

Why CasterLock and not just picking a faction and playing?

Well I could have done this but there are no real gaming groups in my town or stores so I wanted to do something different. Oh did I mention that I will be painting them all with pink in their colour schemes?

This project is starting in October which is National Breast Cancer Awareness Month so I wanted to do something that will last all year (if not more) to remind people that Cancer is serious and that you must do everything to catch it early with regular check ups and your own testing for any lumps or bumps!

I was also inspired by "Project : Paint Pint" which is all about painting pink to raise awareness it can be found here *CLICK*

So how will it work?

What I intend to do is paint all 105 Warcasters, Warlocks and Lesser Warlocks over the next year or so and post my pictures here. I will then creat a display board for each faction and sell them off for charity. Hopefully I won't run out of cash before then or pink paint!

Each warcaster will have their normal and Epic versions painted and I will choose the best model if a model has had a resculpt.


The list will be updated as i buy the models, Build them, Prime them, Paint them and then Base them.


The legend for this will be: