Basically I got a Deathjack in a recent trade, was a bit of a throw-in as the owner-before-the-last-owner had covered the thing in some heavy duty glue, ruining a huge amount of detail and maiming the torso/leg area with drilling and other such things. Initially I was going to use the guy for parts but I decided, in these times of economical hardship, to try and fix the poor lil' guy up.

Here are some pictures of the W.I.P. 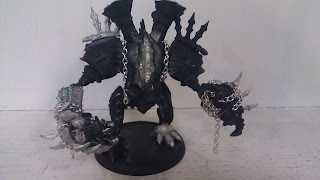 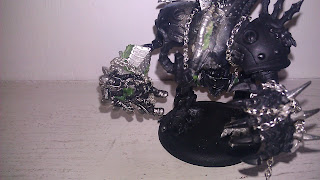 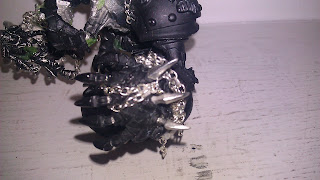 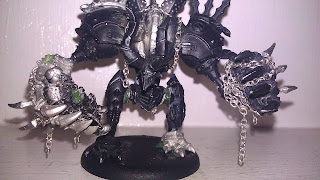 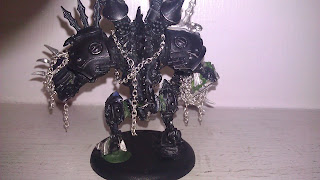 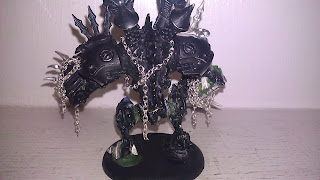 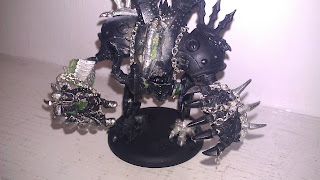 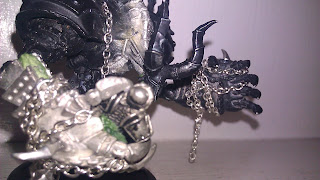 The hand holding the "soul sucked Cygnar" will be repositioned once I finish making a Green Stuff soul to come out to a more "up close and personal" position, rather than off to the side.

Likewise to note, all the bare-metal pieces are ones I had to bit order due to the originals just being unusable. The back also needs a bit more chain, as does the waist, to cover up the glue and pin-vice markings. Those will come next...