The Dreadnought here is a prime example of Greenstuff at work. The base, believe it or not, is the simple Blackreach Dreadnought, which I love due to it's cost and ease of conversion. Basically all it is is a bag of Chaos bits with a few select pieces from Warhammer Fantasy Vampire Counts. Most of the actual changes are simple Greenstuff. 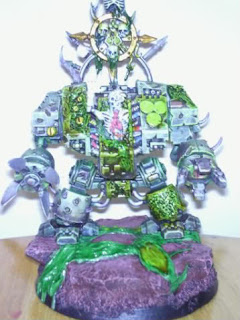 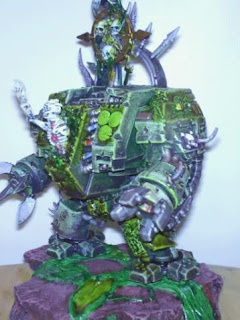 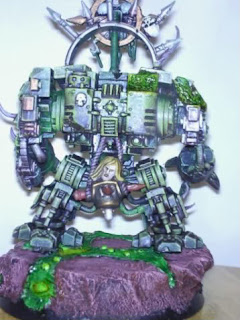 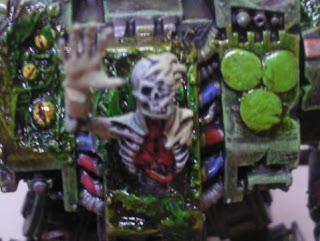 The eye sections where cored out with an exacto-knife then filled in with Greenstuff, I then took some round balls of hardened Greenstuff (which is what I usually make out of any excess I have on other projects) and pressed them in. The area of greenstuff where then tacked at with the knife to get a gooey texture.


Here are some older works on my 5th edition Nurgle/Khorne chaos army. Basically I'd like to put these up as an example of what you can do with a simple exacto-knife and some Greenstuff.

The Defiler below is made from Tyranid bits and Chaos Mutation bits held together with Greenstuff. It looks nice, but in the end it's rather easy.

All in all, Nurgle is an excellent starting point for anyone wishing to learn to convert and/or use Greenstuff, as even if you mess up it looks just right ;) 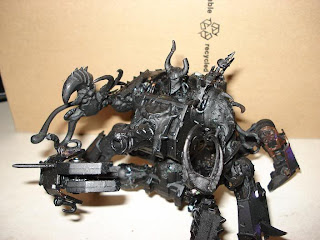 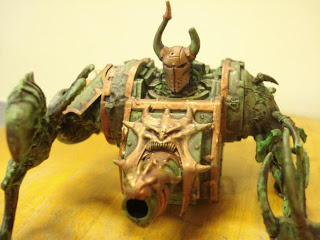 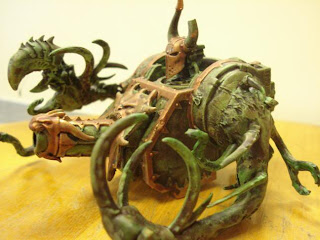 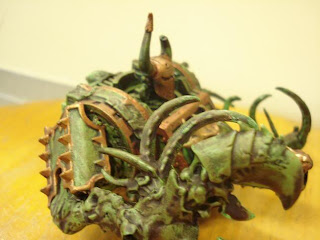