Here are the initial builds of my plastic Grey Knights army. It was a long and hard project, but it was great to complete it.

Basically, the marines where made from Black Templar bits, Command Squad bits, and basically anything that had long flowing garments and tabards. Early on the heads where filed down marine heads laced with Plasticard masks... I ended up not liking this effect so I painstakingly hunted down enough Mark III/Dark Angels/Black Templar heads (the knight style vented helms).

The weapons are made from Dark Elf Spears from Warhammer Fantasy. The Stormbolters are from anywhere I could get them, mainly Terminator arms people had laying around. 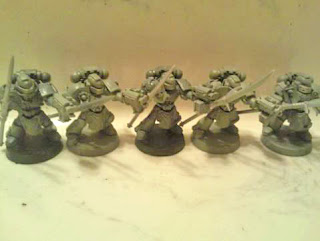 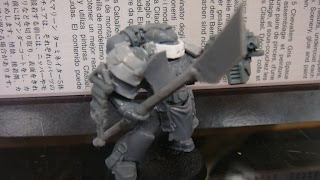 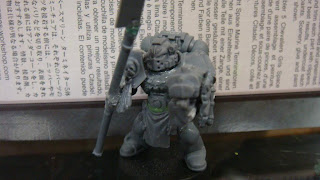 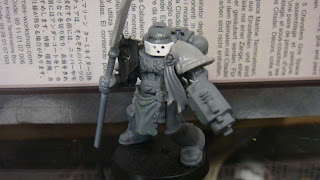 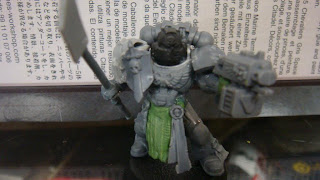